My first try at building a peer-to-peer application based on Beaker Browser ― a retrospection.

This entry was written one year after the events, as it's a very important period and I missed it from my timeline.

One night I've found many #rotonde tweets with beautiful 64 characters long URL-ish texts in my feed. A few minutes later I've found out that it's a little, "underground" social-network. It was peer-to-peer, something I've been interested in for a while, so I've downloaded Beaker Browser in an instant and made my profile. It was a slightly abstract way of joining a social-network, love at first sight.

And then there were features to build, bugs to fix ― so I've cloned the repo on GitHub and started contributing. They weren't important, core features, just little "fine-tunes", but they made me feel happy and curious.

It was the time just before the rise of the peer-to-peer web, there were only a few applications and personal sites started to appear on the dat:// protocol.

Somehow I've hacked together a little site, using the DatArchive API that lets you share files easily and beautifully. Honestly, its design was the reason why I've made it. Basically it's just an interface that renders the content of a directory and an event callback for ondrop that "uploads" the file to the archive. The whole thing made with jQuery. 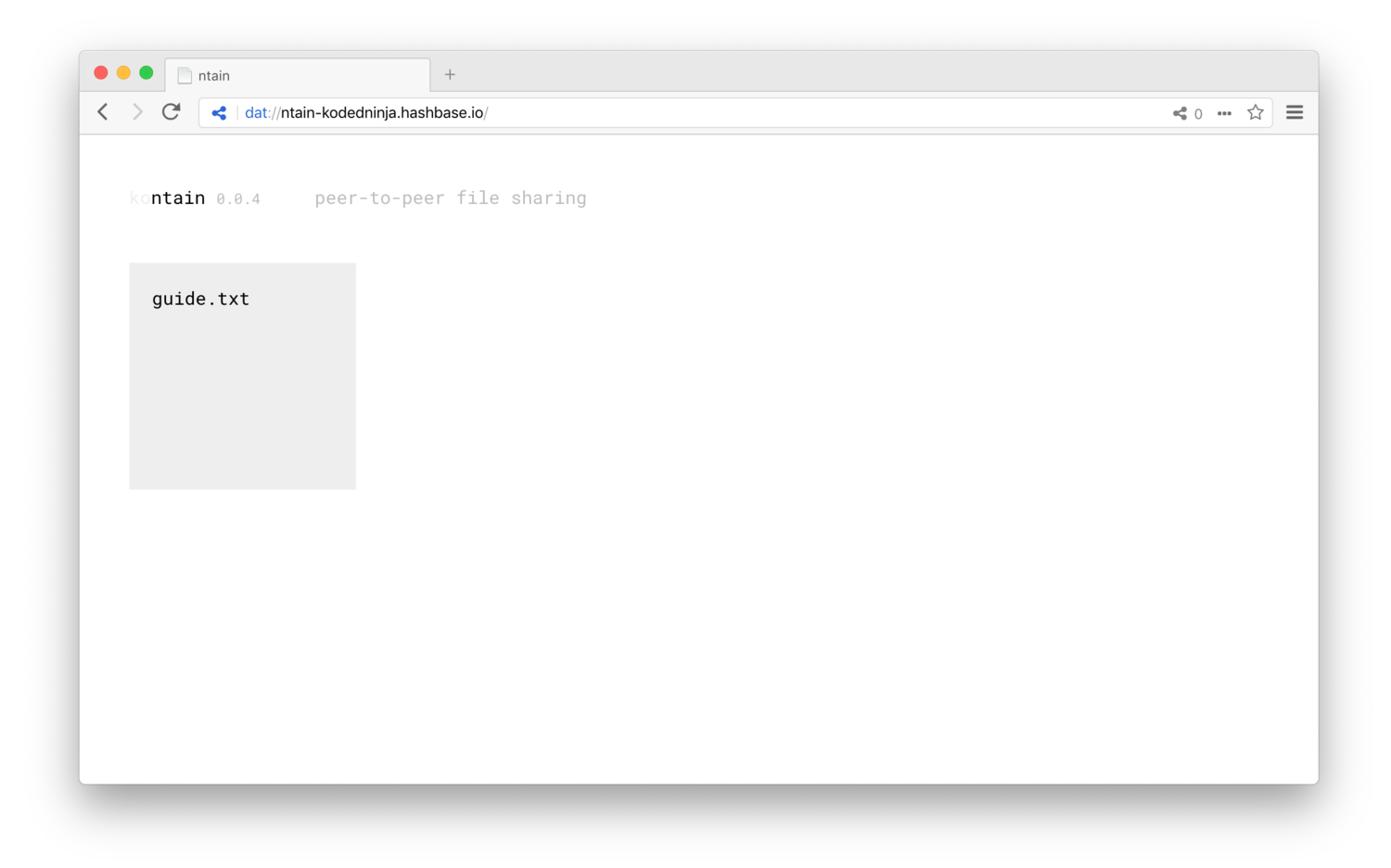 But (and this is a very important "but"), it felt like some yet hidden power on the internet. I was there in my room, launching a modern file-sharing application without the need of a server and buying a domain name. Instantly, the feeling of "we're building a new internet, just like in the '90s" rushed through me.

I've shared it on Twitter and people actually liked and used it.

If ntain were a baby, then everything I've made since then for the peer-to-peer web would be its periods of growing up. It had a determinate role to my current life.